I am recovering from a very exhausting day of physical labor yesterday and a night of my dog wanting to go out every two hours. So another day of limited art activities - I watched several art documentaries on Netflix, starting with one called Art City, which was three episodes of interviews with artists in NY and LA and which I found to be a tad boring. The next thing I decided to watch was Lost Treasures of Tibet, which was interesting, especially to see what the culture clash of east vs. west was over in the restoration of a Buddhist temple. After this I watched Gypsy Caravan which was a music documentary of the Romani musicians that were brought together to do a North American tour in 2006. This I really enjoyed because it spent time with members of each group back in their native countries- India, Spain, Romania and Macedonia.

Below are photos of the work I did last night and tonight in my art journal. Last night I added a layer of watered down gesso that I sprayed on to the page with a mini spray bottle. After it dried completely I used a Pilot pen to write across the pages to journal my feelings about the last two days and my thoughts on art journaling. My next step will be to add another layer of collage. 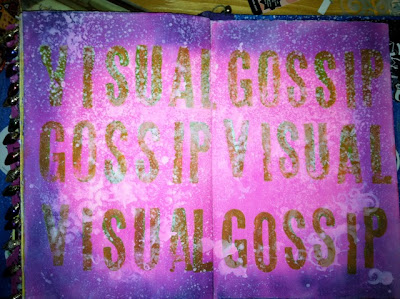 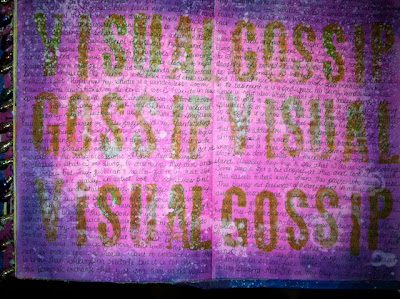 Email ThisBlogThis!Share to TwitterShare to FacebookShare to Pinterest
Labels: 30 Days of Get Your Art On, art journaling